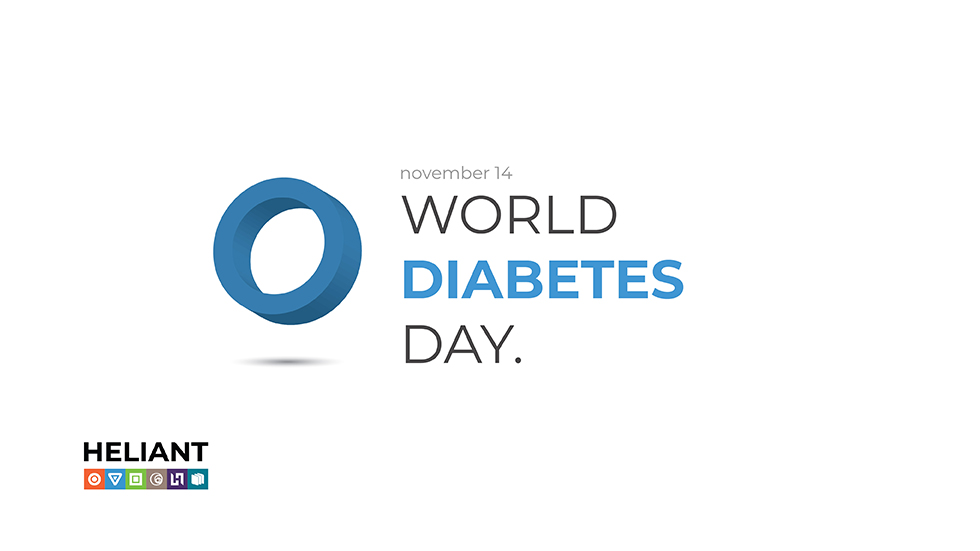 On the World Diabetes Day (WDD), which is celebrated on November 14 (on the birthday of Sir Frederick Banting, who discovered insulin with Charles Best in 1922), we would like to draw attention to a disease that more than 80,000 people suffer from only in Belgrade, according to data from 2019.

The World Health Organization and the International Diabetes Federation, on whose initiative this day was proclaimed, make estimates of the number of patients in the world every year. There have been slightly less than 500 million of diabetes patients in recent years, with estimates that the number will have increased to 629 million by 2045.

Belgrade participates in the global initiative “Cities that change diabetes” with the aim of helping persons suffering from this disease, as well as in its prevention.

The project “Open the Blue Circle” includes a study by the Medical Faculty of the University of Belgrade, which aims to provide a better understanding and improvement of the work of diabetes counselling in Belgrade, as well as in other cities in Serbia. The project is actively supported by the Danish company Novo Nordisk which also helped create the website, as well as the mobile application “Open the Blue Circle”, developed by the company “Heliant”.

The application helps citizens to participate in organized walks guided by nurses or to walk individually on specially defined paths and in that way collect points, and/or kilometres. The application encourages people with diabetes to walk as much as possible, engage in physical activity and learn more about the disease.

For heliant.rs, we talked to Elizabeta Petković, Suzana Cvetković and Snežana Mladenović, nurses who have been participating in and guiding the walks professionally once a week since July this year, when the first walk was organized. 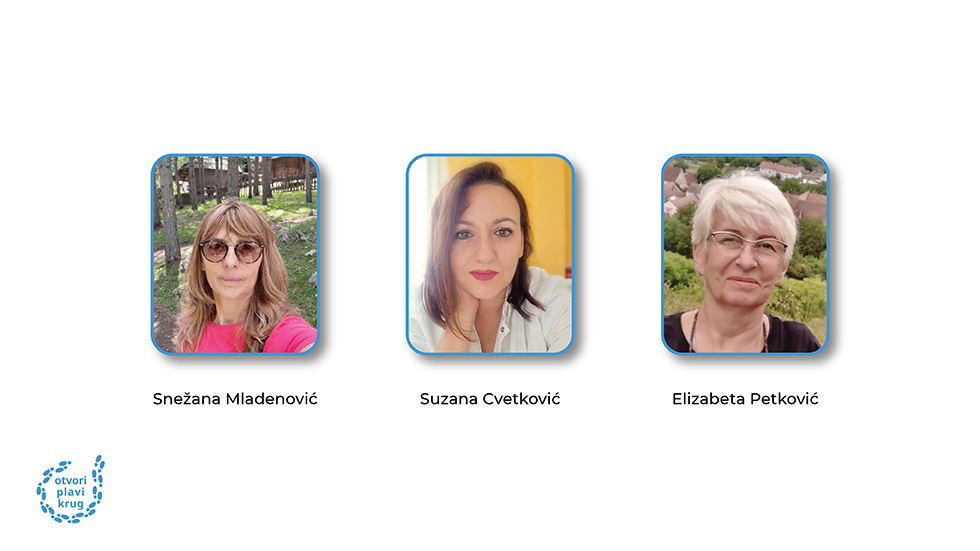 In addition to diabetics, obese people and others who are assessed to be at risk of developing diabetes or are simply interested in a healthy life may apply for walks through the website or the “Open Blue Circle” application

Walks are organized in different parts of Belgrade – on Ada Ciganlija, Košutnjak, Ušće, in Zvezdarska and Banjica forests in groups of up to 20 participants, although in August it happened that 30 persons participated in the walk in the Botanical Garden “Jevremovac”.

In addition to nurses, professional coaches from the Belgrade Racing Club also take part in the walks. The participants start each walk with a light warm-up led by a coach. Then the walk is started at a pace that suits the group. Depending on the age and health condition – walking can be of low and medium intensity, nurses point out, who constantly monitor the general condition of the walkers. 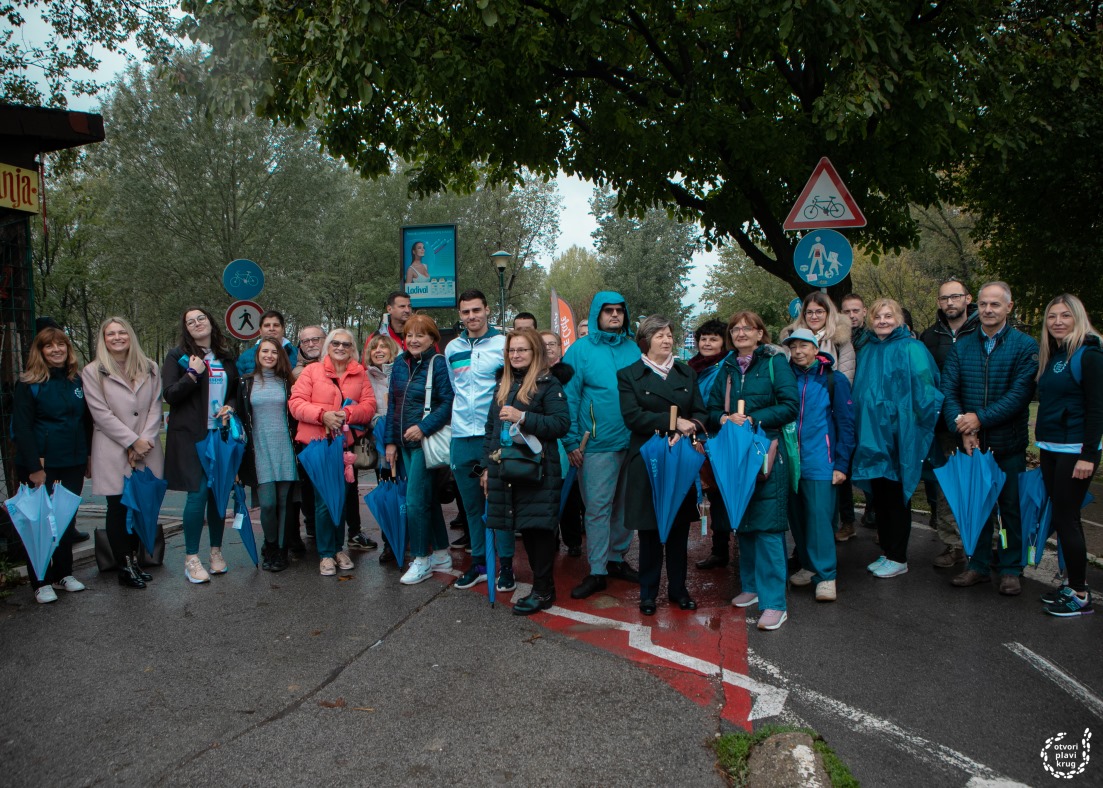 In order to ensure that everyone enjoys the walk, the participants walk between 1.2 and 2.5 kilometres at a pace that does not tire them, and the coach and nurses follow each walker. During and after the walk, the pulse is measured, advice is given and questions are answered. Sometimes doctors join the walks, as well as nutritionists who give useful advice on nutrition. No one is left alone. Those who are more fit go faster and are mostly ahead with the coach, while the middle and slower group of participants are followed by nurses. The basic rule of walking is to ensure that walkers feel pleasant, nurses say.

In addition, by having organized walks, participants can get useful information on the prevention of diabetes, obesity, talk to doctors, nurses, learn some new exercises and get useful advice from professional coaches. In addition, they meet new people, enrich their everyday life and exchange experience with other people of the same interests. Most importantly, they can become physically active, which has a beneficial effect on their health.

„Walking or walk is a miraculous and free medicine. Simple physical activity, which can improve general health. Walking speeds up the metabolism, which helps regulate body weight. Physical activity contributes to a better mood, reduces the symptoms of depression and results in better sleep, as well as better brain function ”, nurses Petković, Cvetković and Mladenović say and remind that constant walking strengthens immunity and improves circulation, because while walking a person takes in more oxygen and which results in better blood circulation through the body.

They point out that physical activity and/or walking is just as important for people with diabetes as the therapy they receive. Regular walks speed up metabolism and burn calories, which is very important for good regulation of blood sugar.

The project “Open the Blue Circle” encourages people to walk in groups and on their own, because through the application it offers them the opportunity to record their steps, keep records of walks, compete with other people and, most importantly, contribute to collecting donations, nurses Elizabeta Petković, Suzana Cvetković and Snežana Mladenović point out.

With the help of the application, each step taken is converted into donations from “Novo Nordisk” to improve the conditions for engaging in physical activity.

The collected funds have already been invested in the renovation of pedestrian paths in Bajford street (former Banjička street) and Zvezdarska forest, and works are underway on the implementation of a new donation – for arranging a pedestrian path with fitness devices on Ada Ciganlija.

Download the “Open Blue Circle” application from AppStore and on GooglePlay..